1. What television character do you identify with?
I sometimes wish I could watch re-runs of "Thirty-something" as I am now thirty-something, married and raising a daughter in a suburb of Philadelphia just like one of the main characters on the show 'Hope'.

2. Describe your morning routine.
Depending on whether it is a workday or not, get-up around 7 am, get myself and E. dressed and breakfast before heading out the door or if not a workday settling in for some Sesame Street. Sometimes includes taking hubby to the train station if he is running late for the local trolley.

3. How do you do lunch? Bring from home or dine out? Same thing every day or mix it up?
Usually bring from home, mix it up a little (leftovers vs. sandwich and yogurt).

4. What is one moment that, although seemingly trivial at the time, changed your life?
A nice guy offered to make me stuffed peppers because he worried that there were not enough meat-less options. I ended up marrying him many years later.

6. What do you do when you’re alone in the car?
Sing along to the radio

7. What is the ideal city for you to live in? If you can, take this survey (<>
I would ideally like to live in or near a medium size city in New England. The survey started by listing places in PA near where I already live with Portland Maine, Nashua NH, and Manchester NH listed 4,5 and 6.


8. Are you waiting for something?
Yes

9. What was the last shocking news you heard?
Someone tried to blow up a Representative's house because he voted for health reform.

10. What are three things you wouldn’t do for a million dollars?
a) sleep with someone other than my husband
b) intentional hurt someone
c) break the law

My thanks as always to Chelsea of Roots and Rings for hosting this fantastic carnival
Posted by Joy at 10:59 PM 2 comments:


In the plans for today is getting a milkshake (ideally a frappe, but those are hard to come by outside of New England), preferably coffee. You see my dad passed away March 27, 2004 and when the first anniversary came I was not sure what to do, I did not exactly want to celebrate, but marking the date was definitely in order.
So I got a coffee shake because my dad loved them, and he taught me to also. It felt right and so now every year on his birthday in September and on this day in March I get a milkshake, remember, and raise my glass to my dad.
My dad who loved to read, the ocean, and mountain climbing especially the White's in New Hampshire. Who preferred classical music but also introduced me to The Weavers, Peter, Paul and Mary, and Beyond the Fringe.
So probably I can convince Elisabeth to join me in a milkshake and someday when she is older I will tell her why we are having one on this day and who her grandfather was.
Posted by Joy at 7:24 PM 6 comments:

Bonus: Feel like I have had a good week regarding my Lenten observations!!
Giving Thanks this Thursday for:
safe return of my husband from his travels
night-time snuggles with E. as she begins to 'read' to me
good health
sunny days to enjoy and explore
love and forgiveness never-ending and everlasting
Please visit Faith and Family Live to share the small successes in your world.
Posted by Joy at 8:51 AM 1 comment:

1. When you were a senior in high school, what career did you think you’d choose? Did you? Why or why not?
Midwife, and yes I am, though at the moment I'm a nursing instructor because the hours work better for us as a family
2. What one thing about the “real world” did you find most surprising once you were on your own?
Some mechanics really do think women are stupid
3. Name 3 things you think your closest friends DON’T like about you.
a) I'm a homebody b) I have not read a lot of the classics c) I can't sing worth a darn
4. In order to sleep, do you need background noise or absolute quiet?
Quiet please
5. Why do you choose to reside in your current city? Yes, you have a choice

It is where my husband lives
6. Are you close to your parents?
I am close with my mom, and was with my dad before he passed away.
7. What is your favorite fiction book? Poem? Blog?
Anne of the Island, The Road Less Traveled, A Rosey Outlook
8. Do you enjoy cooking or is it a chore?
I'm enjoying more and more as I feel more competent.
9. Be honest. What one thing would (the majority of) your blog readers be shocked to find out about you?
??
10. If you were given your own national holiday, what would you require people to eat for breakfast, lunch and dinner on the Day of You? Would there be a parade? Greeting cards?
Cards would be good and chocolate must be involved throughout the festivities.
Visit Roots and Rings to enjoy others takes on these questions. Happy Tuesday!!
Posted by Joy at 11:38 PM 1 comment:

Please visit Conversion Diary and thank our host Jen, and share your own quick takes!
Posted by Joy at 8:49 AM 2 comments:

Giving thanks this Thursday for:
walks in the sunshine
crocuses blooming
a happy toddler snuggling in at bedtime
friends near and far to celebrate good news with
a handy husband willing (and able) to go into the rain and fix a roof leak
loyal readers, even when the post pace slows to a trickle
the promise of God's love eternal and lasting
Please visit and share your own successes at Faith and Family Live
Posted by Joy at 8:07 AM 1 comment:

1. Quick! Zombies are coming!! What do you do?
Hide under the bed!
2. Whew, that was a close one. …I think your phone is ringing. Oh, it’s your best friend! She thinks she’s been bitten by a zombie. What advice do you give her?
Call an ambulance and eat ice cream until freezing!

3. You realize it’s time to leave your current location because it’s clearly not safe anymore. Are you going to move at night or day? Defend your reasoning.
When it's' time to go, it's time to go; so whenever I realized I needed to move I would.
4. During your relocation, you come across a weapon superstore. My, that’s convenient. What kind of weaponry do you choose?
Massive glue gun (Hot and sticky!!)
5. As you leave, an old lady on the side of the street begs you to help her. Do you? Why or why not?
Of course, helping is almost always the right choice.
6. Good choice, you’re clearly a good person to have around in a zombie apocalypse. Oh hey, there’s a wifi signal here! You can’t stay long but this is your chance to gather some intel on the current situation. What’s the first website you check?
BBC
7. SHH! What was that noise?!
Horns
8. I think it’s time to get out of here. I hope you have a plan. Where are you going now?
The hospital where my husband is stuck at work

9. Wait a minute, that looks like a bite mark on your arm… You may be infected too! Will you tell other people?
Maybe!
10. How does this story end?
I wake up
This wonderful adventure brought to you by our host, Chelsea of Roots and Rings!!
Posted by Joy at 10:06 PM 1 comment:

Not too bad for a week where a GI bug swept thru and hit everyone.
So Thankful this Thursday for:
feeling better
everyone else is feeling better
the great fun spent celebrating E's birthday
crocuses blooming and the promise of daffodils and tulips coming
supportive, loving husband to celebrate and commiserate with
Please visit Faith and Family Live to share your own small successes
Posted by Joy at 7:42 AM 2 comments: 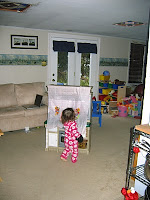 I got a new kitchen!! 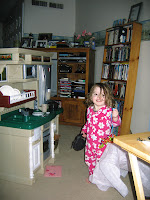 And it came with this really cool box! 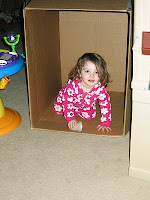 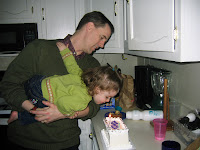 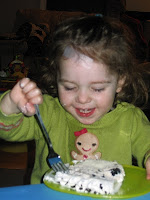 1. Of your current hobbies, which would you choose to spend more time, money, and effort on? Why?

Scrapbooking and journaling, this is such an amazing, crazy season in my life and I so want to have pictures and recorded memories to look back on; but part of the craziness means that there never seems to be enough time.

2. List the two other hobbies/habitual activies (not chores) besides the one listed above that you regularly do now and didn’t choose in question one.

Getting outdoors is fulfilling to me (not to mention beneficial exercise usuallly) and reading is less labor intensive, but perhaps I should make the effort to reach for my journal rather than a book.

4. Ready John 3:16 in the bible… In what way does this passage affect you? What are your feelings towards these words, positively or negatively?

There is no better definition of what love should ideally exemplify

6. Putting away the feeling of pride being a bad thing; what secretly/openly are you proud about yourself?

Being a midwife and being a really good listener.

7. Given one room in the house to do with what you want, not changing the actual size of the room and with all the money you would need, what would you do, and be specific? (this can range from bouncy floor,walls & ceilings; to hard wood floor with wood paneling and purple ceiling with a chair; to nothing)

New sink, countertops and back-splash in the kitchen!!

In the movie theater I truly have no idea, I believe the next movie on our rental queue is Management

9. Use the keyboard only and make your best smiley/funny/cool face –> like this! 8^)

Love, great endurance, wonderment and perseverance will make me cry and pray. Laughter is harder to define as part of what makes things funny to me is the unexpected.

Please visit Roots and Rings to enjoy others answers to these questions and thank our lovely host, Chelsea. 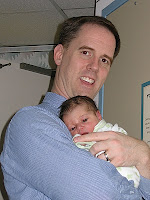 we have thrilled to watch you grow and change, learn and blossom 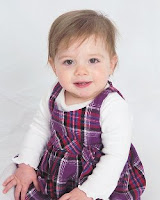 into the loving, enthusiastic, fearless, kind and snuggly little person you are. 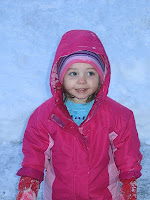 Wishing you great health and happiness in the days and years to come as I continue to thrill in the privilege and blessing it is to be your mommy!
Posted by Joy at 4:34 PM 5 comments:

1. If you were given an hour to use a $200 Amazon gift card, what would you buy?
Movies and books
2. Are there any fairly common foods that you’ve never had?
Can't think of any, but I don't like watermelon or ice tea which sometimes makes summer bar-b-ques difficult
3. What was your favorite way to use your imagination as a kid?
Fantasy play, living in another time with new and amazing friends!
4. What’s your favorite state? Why?
New Hampshire: beautiful, kind, and for me the place of wonderful friends, family and memories
5. If it was our culture to have our parents choose our spouses, do you think yours would make a good choice?
I don't know, very interesting question
6. What’s your favorite herb?
To smell: lavender, To cook with: thyme
7. If you could have dinner with one celebrity, who would you choose?
Christiane Amanpour

8. What’s your favorite Disney movie?
Sound of Music
9. If you had to listen to the same song over and over for 24 hours, what song would you choose?
Amazing Grace
10. How do you order your steak?
Medium
Please visit Roots and Rings to enjoy others answers and thank our beautiful host, Chelsea
Posted by Joy at 10:34 PM 3 comments: