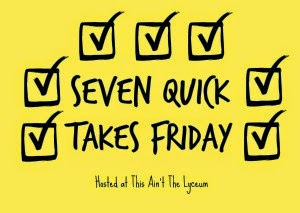 Was recently talking to someone about different states we had visited and was reminded that I have lived in 7 states so for a change of pace this week is a bit of biography by way of travelogue.

Funny aside: There are four commonwealths in the U.S. and huge parts of my life have been spent in three of them and ironically I've never step foot in the fourth.  Bonus points to anyone who can name it!!